Justice, FBI, Mar-A-Lago, Donald Trump, Mar-A-Lago Raid
Save for Later
From The Right 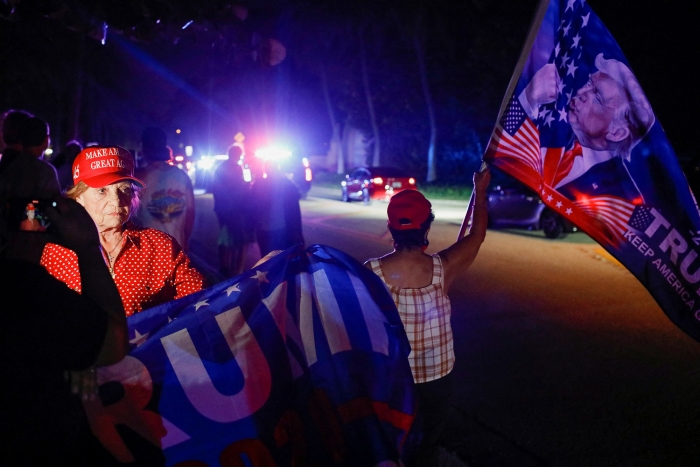 Eric Trump said FBI agents “ransacked” his father’s office and broke into a safe during a raid of the former president’s Mar-a-Lago estate.

In a Monday night interview with Fox News’ Sean Hannity, the younger Trump said he was the one who alerted Donald Trump about the FBI’s unannounced search of the Florida property earlier in the day.

“I was the guy that got the call this morning. And I called my father and let him know that it happened,” Eric Trump said of the raid.

The former first son confirmed to...

Trump’s legal troubles are mounting. And his support is consolidating.
Politico

News and Information about Justice
Go ad-free! Support AllSides.
About these ads
https://nypost.com/2022/08/09/eric-trump-alerted-his-dad-to-the-mar-a-lago-raid/