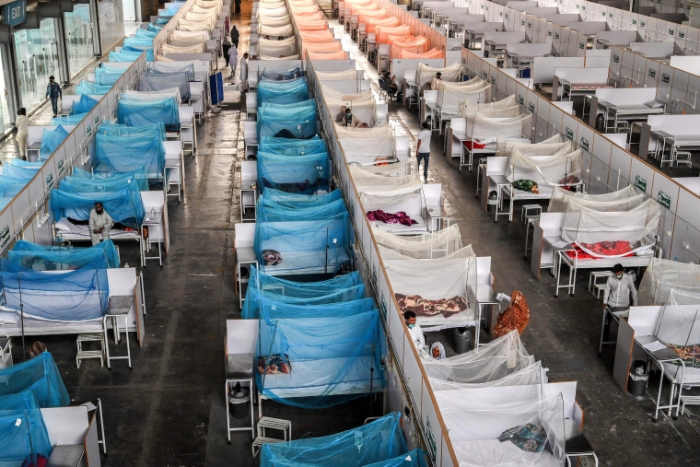 Professor Camilo Mora feels the impacts of climate change in his knees.

During a 2014 visit to his native Colombia, heavy rains caused the worst flooding his hometown had seen in decades and boosted the mosquito population. A mosquito bit Mora, transferring the chikungunya virus and making him a patient during an unprecedented outbreak in the region.

His joints ache still today. He blames a warming world.

In a study published Monday, Mora and his colleagues at the University of Hawaii canvassed tens of thousands of studies to analyze the...

News
Climate Crisis Pushing Up to 1 in 6 US Tree Species Toward Extinction: Study
Common Dreams