‘Echoes of the Cold War’ as Blinken heads to Africa, vying with Russia for influence 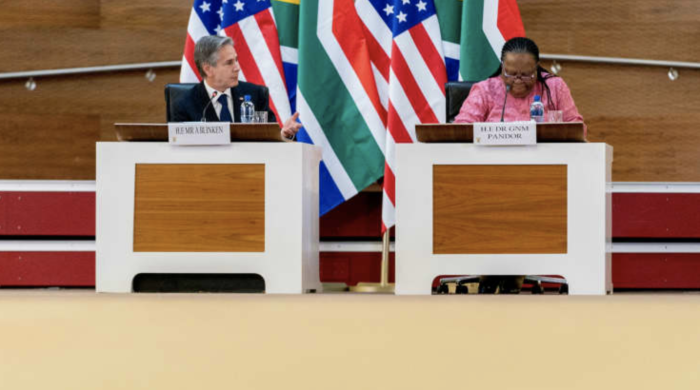 U.S. Secretary of State Antony Blinken arrived in South Africa on Monday to begin a three-country tour as major powers jostle for influence on the continent.

The tour will also take the top U.S. diplomat to the Democratic Republic of the Congo and Rwanda, and follows a recent tour by Russian Foreign Minister Sergei Lavrov, who visited Egypt, Uganda, Ethiopia and the Republic of Congo in July.

Read full story
Some content from this outlet may be limited or behind a paywall.
Antony Blinken, China, Foreign Policy, Russia, South Africa

Is Biden About to Abandon Another U.S. Embassy?
Townhall

What Isolationism means to Liberals & Conservatives

News
Just Over Half Of Americans Say U.S. Should Back Ukraine Until Russia Withdraws - Reuters/Ipsos Poll
International Business Times