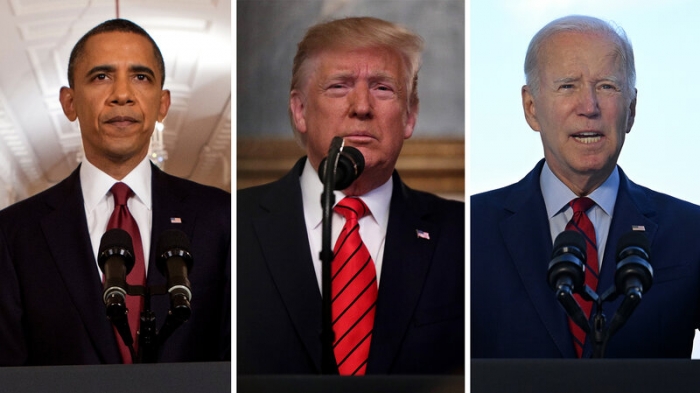 The sight of a U.S. president announcing the death of a terrorist leader has been a fixture in American politics over the past 11 years.

The words each president uttered and their mannerisms at the podium reveal a lot about the type of leaders former Presidents Barack Obama and Donald Trump attempted to be and in the case of President Joe Biden, attempt to be.

This week, Biden announced that the U.S. had killed al-Qaida leader Ayman al-Zawahiri in Kabul over the weekend.

Opinion
9/11 at 21: We still must remember and still must beware
Washington Examiner