World, Brittney Griner, Russia, Drugs
Save for Later
From The Center 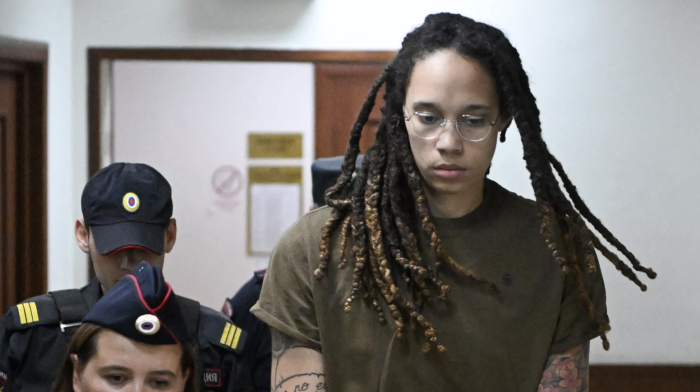 WNBA star Brittney Griner was found guilty on drug charges by a Russian court on Thursday, concluding a trial that has captured national attention and reached the highest levels of U.S. diplomacy.

Why it matters: Griner's conviction comes nearly six months after she was arrested at a Moscow airport in February, when Russian authorities said they found a vape cartridge with hashish oil in her luggage.

State of play: During closing arguments Thursday, Russian prosecutors asked that Griner be sentenced to 9.5 years in prison and fined one million rubles (about $16,700), AP reported.