These charts show why we may not be in a recession

Economy And Jobs, Recession, Labor, Unemployment, GDP
Save for Later
From The Center 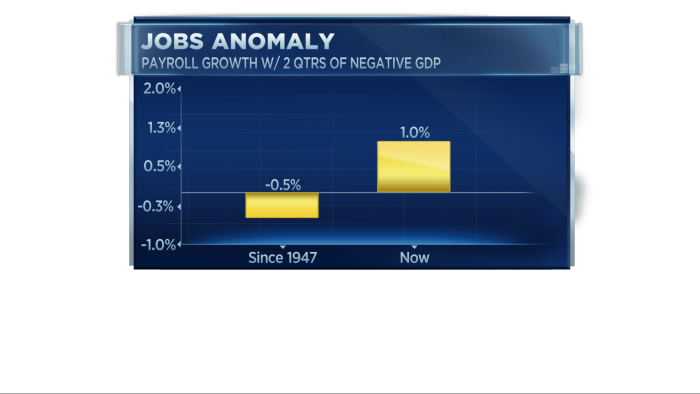 If the U.S. economy is in recession, someone forgot to tell the jobs market.

The employment picture over the past six months is behaving nothing like an economy in a downturn, instead creating jobs at a rapid pace of nearly 460,000 a month.

Research from CNBC’s Steve Liesman indicates that during a typical downturn, the employment picture would be far gloomier, losing ground instead of gaining. Several charts presented during Wednesday’s “Squawk Box” help paint the picture.

The CNBC team looked at economic data going back to 1947. It indicated...

Read full story
Some content from this outlet may be limited or behind a paywall.
Economy And Jobs, Recession, Labor, Unemployment, GDP