Business, Labor, Labor Unions, Starbucks, Wages
Save for Later
From The Center 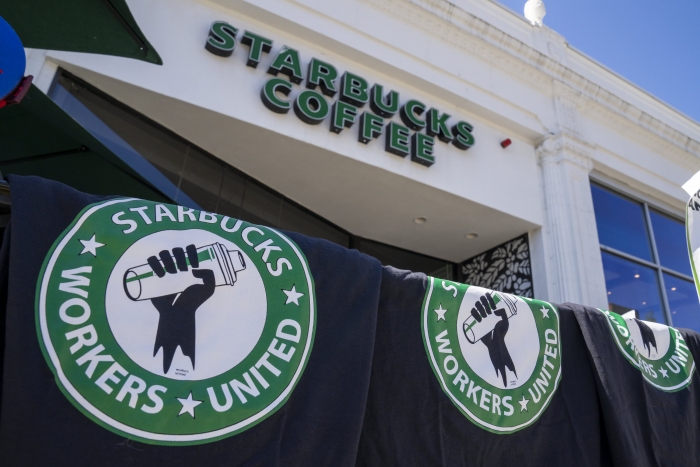 With pay increases set to kick in at Starbucks cafes around the U.S. on Monday, labor organizers are asking the coffee giant to extend the benefits to unionized stores as well without going through the bargaining process.

The request comes after Starbucks announced in May that it would hike wages for workers and add other benefits such as credit card tipping by late this year. But the Seattle-based coffee chain said it wouldn’t offer the enhanced benefits to workers at unionized stores because it needs to go through bargaining to make such changes.

Read full story
Some content from this outlet may be limited or behind a paywall.
Business, Labor, Labor Unions, Starbucks, Wages