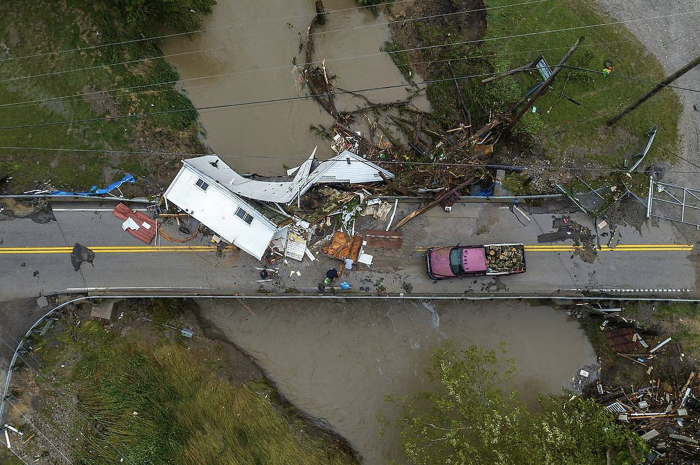 The death toll from flash floods triggered by torrential rain in eastern Kentucky earlier this week has climbed to 25, according to Gov. Andy Beshear.

Mr. Beshear said on Facebook Saturday that the state was still in the search-and-rescue phase and that the number of fatalities was likely to increase.

“I’m worried that we are going to be finding bodies for weeks to come,” he said Saturday at a briefing.

The governor said authorities now believe at least 4 children have died in the flooding, after earlier reports that six juveniles...

Read full story
Some content from this outlet may be limited or behind a paywall.
Climate Change, Disaster, Environment, Floods, Kentucky, Natural Disaster, Weather