China, Taiwan, Xi Jinping, Foreign Policy, World
Save for Later
From The Right 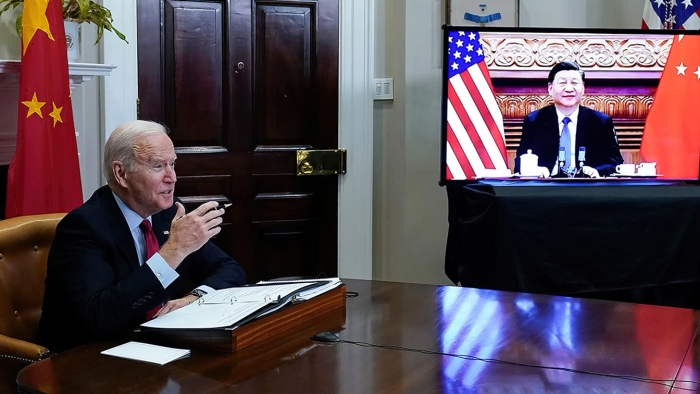 President Biden is speaking with Chinese President Xi Jinping on Thursday morning amid tensions between the two world powers.

The call – the fifth between Biden and Xi since Biden took office – began at 8:33 a.m. ET, the White House said.

The White House promised to provide a readout of the call afterward.

The Chinese Communist Party has threatened to respond if Pelosi visits the island, which mainland China...

Fauci says the Chinese government is 'probably' hiding something about the origins of COVID, but he's not sure it's a lab leak
Insider

News and Information about China
Go ad-free! Support AllSides.
About these ads
https://www.foxnews.com/politics/biden-xi-call-take-place-thursday-morning

Fauci says the Chinese government is 'probably' hiding something about the origins of COVID, but he's not sure it's a lab leak
Insider