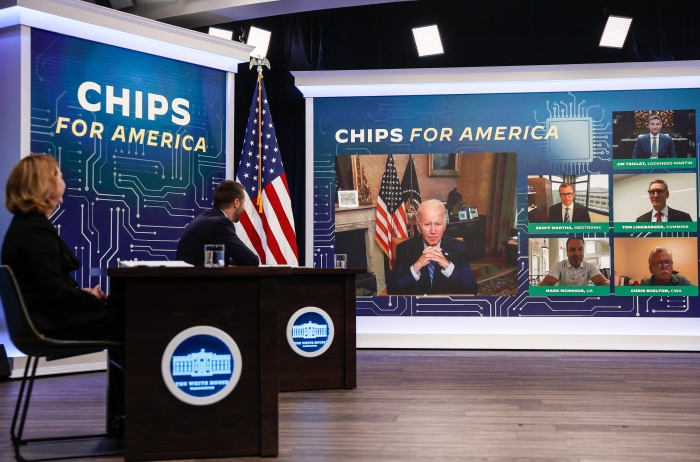 A bipartisan bill to bolster domestic semiconductor manufacturing and boost U.S. competitiveness with China has cleared a key Senate vote, setting it up for final passage in the chamber in the coming days.

The so-called cloture vote to break the legislative filibuster was originally set for Monday evening, but had been postponed until Tuesday morning after severe thunderstorms on the East Coast disrupted some senators’ travel plans.

Read full story
Some content from this outlet may be limited or behind a paywall.
Business, Semiconductors, China, Manufacturing, Trade, Bipartisanship, Global Computer Chip Shortage

News and Information about Business
Go ad-free! Support AllSides.
About these ads
https://www.cnbc.com/2022/07/26/bill-to-boost-us-chip-production-and-competition-with-china-clears-key-senate-hurdle.html