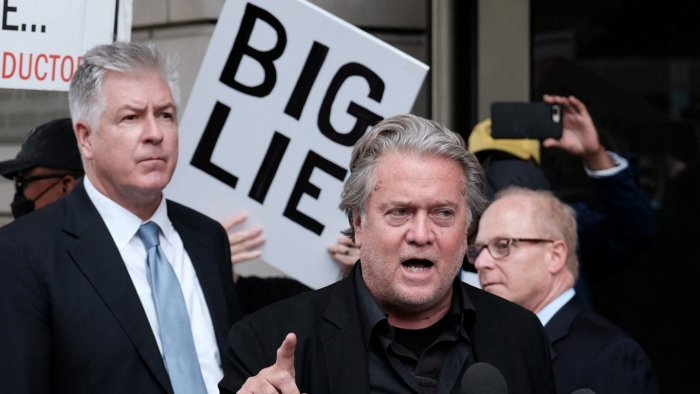 After just three hours of deliberating behind closed doors on Friday, a jury in the nation’s capital found Steve Bannon guilty of contempt of Congress.

Bannon, who was on trial this week for contempt of Congress over his decision to ignore subpoenas related to the Jan. 6 Committee, had promised a fiery trial that would embarrass the government. In the end, he and his legal team didn’t put a single witness on the stand—not even Bannon.

Read full story
Some content from this outlet may be limited or behind a paywall.
Criminal Justice, January 6, January 6 Committee, Steve Bannon, Donald Trump, Congressional Hearings