Satellite images released by NASA this week show a dramatic drop in water levels over the last 22 years at Lake Mead.

NASA confirmed that water levels in Lake Mead, located in Nevada and Arizona, are at their lowest since April 1937, when the reservoir was being filled for the first time.

As of Monday, Lake Mead, the largest reservoir in the United States, was filled to 27% capacity, according to NASA.

Read full story
Some content from this outlet may be limited or behind a paywall.
Environment, Weather, Droughts, Lake Mead, Climate Change, Water And Oceans, Sustainability 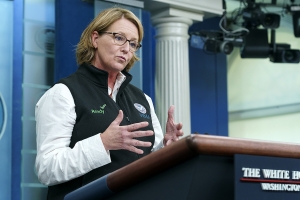