Video shows Trump insisting, ‘I don’t want to say the election is over’ day after riot

Justice, Donald Trump, January 6 Committee, Capitol Chaos
Save for Later
From The Right 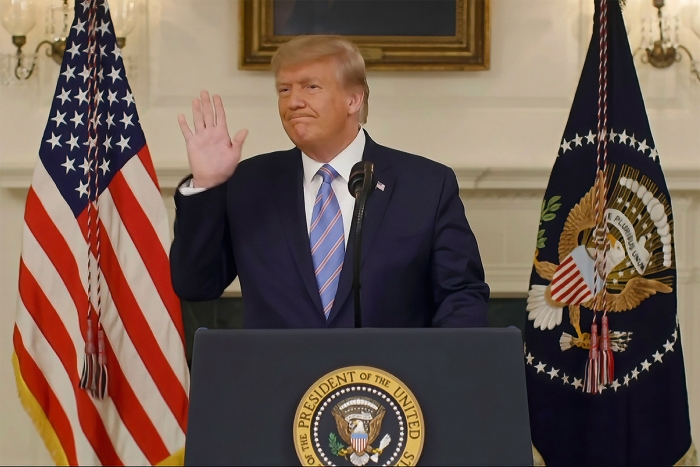 Then-President Donald Trump objected to scripted remarks prepared by his staff one day after last year’s Capitol riot, saying, “I don’t want to say the election is over.”

In the deleted scenes shown Thursday night by the House select committee investigating the riot, Trump quibbled with a duplicative condemnation of rioters who disrupted certification of President-elect Joe Biden’s victory and said he wanted to remove words saying the 2020 election was settled.

“I would like to begin by addressing the heinous attack yesterday,” Trump began the statement.