Amazon Rainforest, Deforestation, Environment, Sustainability
Save for Later
From The Center 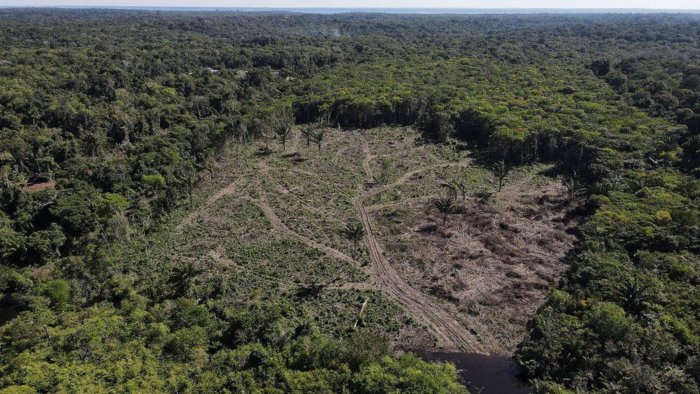 Deforestation of the Amazon rainforest in Brazil has hit a six-year high, the national space agency, Inpe, reports.

Some 3,988 square kilometres (1,540 square miles) of land were cleared in the region between January and June.

Last year, 3,088 square kilometres of the rainforest were destroyed during the same period.

The Amazon plays an essential role in the planet's oxygen and carbon dioxide cycles, absorbing vast amounts of greenhouse gases from the atmosphere.

Environmentalists blame the increasing levels of deforestation on Brazil's right-wing president, Jair Bolsonaro, who has rolled back...

Hurricane Knocks Out Power to All of Cuba
Democracy Now!