As the race heats up, is Mehmet Oz distancing himself from Trump? | Five for the Weekend

2022 Elections, Elections, 2022 Pennsylvania Senate Election, Mehmet Oz
Save for Later
From The Right 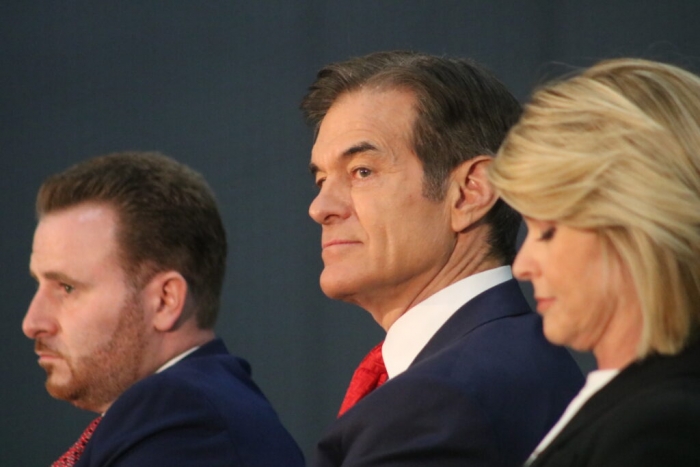 It’s Capital-Star Editor-in-Chief John L. Micek once again, sitting in for the vacationing Cassie Miller, who returns next week.

We’ll turn our attention this Saturday morning to Pennsylvania’s nationally watched U.S. Senate campaign. After winning a close fight for the nomination, Republican Mehmet Oz apparently has now decided he can (mostly) live without one of the things that got him over the finish line.

As Axios reports, Oz, a celebrity physician, has quietly ditched the Trumpian branding from his campaign website as he moves into the thick of the general election campaign against...