Immigration, Border Crisis, Poverty, Human Trafficking
Save for Later
From The Center 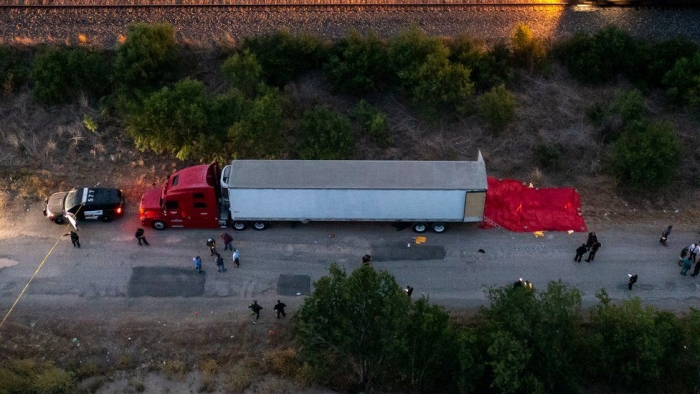 "Poverty and desperation" led to the deaths of at least 50 migrants abandoned in a Texas lorry, Mexico's president has said.

Andres Manuel Lopez Obrador blamed trafficking and "a lack of control" at the border - the worst case of migrant deaths due to smuggling in the US.

Nearly two dozen Mexicans, seven Guatemalans and two Hondurans were among the dead.

Those found alive, including four children, were taken to hospital.

The survivors were "hot to the touch" and suffering from heat stroke and heat exhaustion.

Authorities are working to...