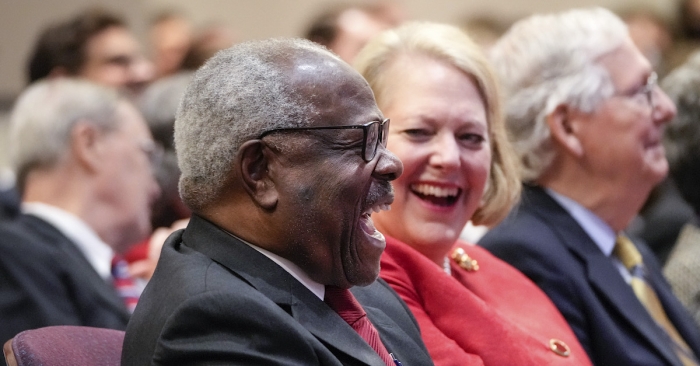 A predictable chorus of critics has risen to excoriate Justice Clarence Thomas for — in the chorus’s view — hypocritically excluding a case that established a constitutional right to interracial marriage from a list of constitutional rights Thomas believes should be overturned along with Roe v. Wade (1973).  A very brief sampling of the criticism is included below; the alleged hypocrisy cited by the critics is that Thomas, who is Black, is married to a white woman.  Therefore, according to the critics, Thomas is refusing to jettison a constitutional right he enjoys while simultaneously trouncing the rights enjoyed by others.