Supreme Court, Religion And Faith, Schools, Education, Separation Of Church And State
Save for Later
From The Left 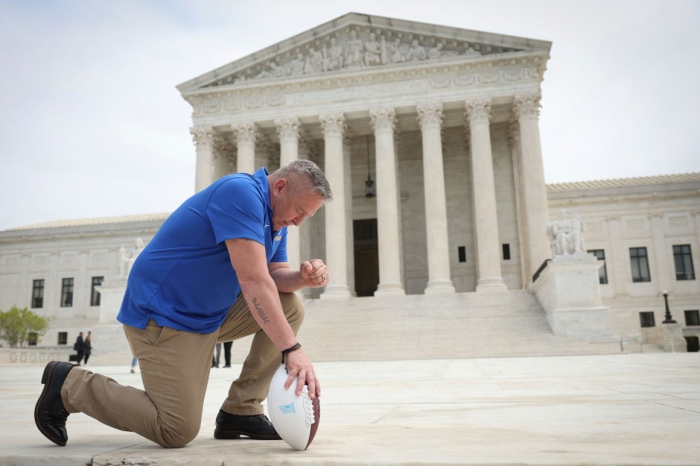 The Supreme Court on Monday ruled in favor of a Washington state football coach who was suspended over his on-field prayers following games.

The justices’ decision, largely breaking 6-3 along the court’s usual ideological lines, found that the school system infringed on the coach’s religious freedom and free-speech rights by seeking to block him from engaging in public prayers on the field while flanked by student athletes after games.