Biden signs bipartisan gun reform bill into law, one of the most significant pieces of federal firearms legislation in decades 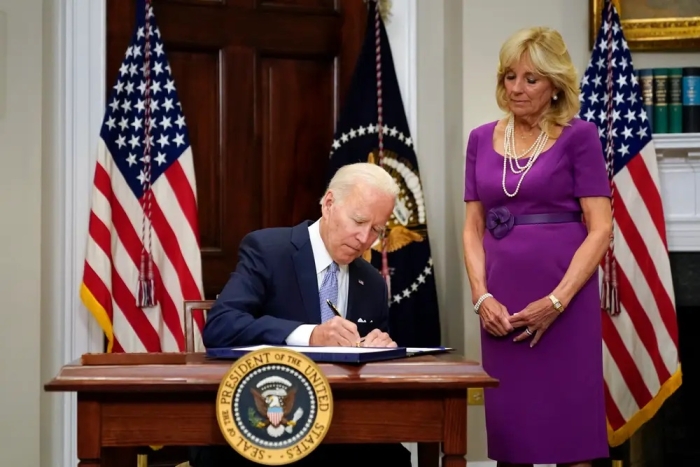 President Joe Biden on Saturday signed into law the critical gun safety bill known as the Bipartisan Safer Communities Act, one of the most significant pieces of federal firearms legislation since the 1990s.

"Time is of the essence," Biden said as spoke at the White House alongside first lady Jill Biden. "Lives will be saved."

The president remarked on the importance of the legislation, alluding to the sense of urgency he has regarding mass shootings, which have become an increasingly prevalent part of American life in recent years.

Read full story
Some content from this outlet may be limited or behind a paywall.
Gun Control And Gun Rights, Biden Administration, White House, Gun Legislation, Bipartisan