Biden holds notes that read 'YOU enter the Roosevelt Room,' 'YOU take YOUR seat'

Joe Biden, White House, Politics
Save for Later
From The Right 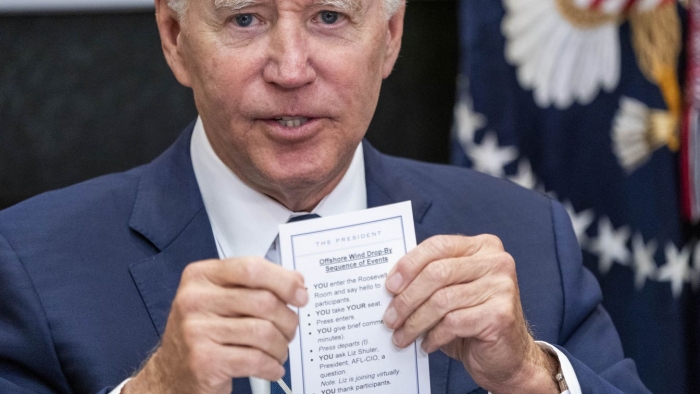 On Thursday, Biden made remarks during a "Meeting on Federal State Offshore Wind Implementation Partnership" where he had a binder with talking points and was handed a chart showing how tall the offshore wind turbines being discussed are compared to landmarks like the Empire State Building and the Eiffel Tower.

Later on, he held up a separate note card and was reading off of one side of it.

However, the other side of the...