LGBTQ Issues, Title IX, Transgender, Education, Colleges And Universities, Department Of Education, Miguel Cardona
Save for Later
From The Center 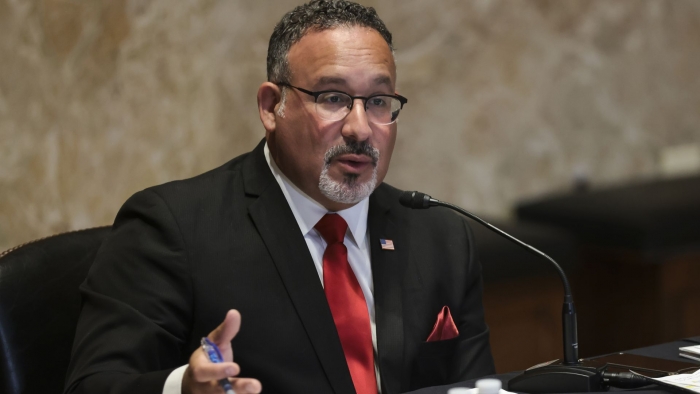 The Department of Education proposed new changes to Title IX on Thursday that would prohibit schools, colleges and universities from discriminating against transgender students.

Why it matters: The amendments would mark a major extension of protections provided by the landmark anti-discrimination legislation, which turned 50 years old on Thursday.

The changes would also undo and replace rules issued during the Trump administration by former Education Secretary Betsy DeVos that govern how schools investigate and resolve claims of sexual assault and sexual harassment.

What Transgender means to Liberals & Conservatives