Politics, January 6 Committee, 2020 Election, Donald Trump
Save for Later
From The Left 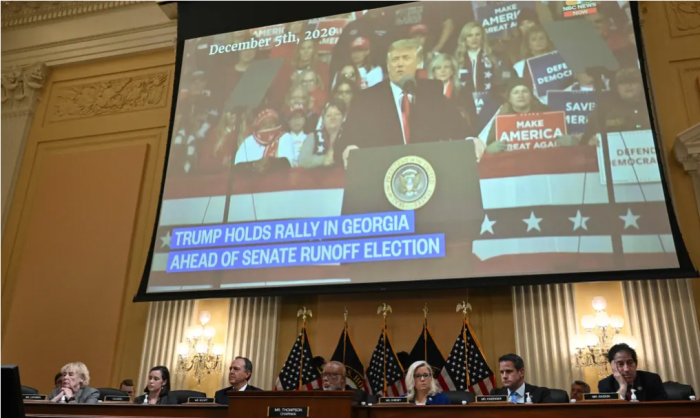 Donald Trump was the most powerful man in the world. But he was also a paranoid fantasist who did not care how his lies destroyed people’s lives.

That was the picture of the former US president that came into focus with startling clarity at Tuesday’s hearing of the congressional committee investigating the January 6 attack on the US Capitol.

Dead people, shredded ballots and a USB drive that was in fact a ginger mint...