World, Ukraine War, Ukraine, Russia, Books, Music
Save for Later
From The Right 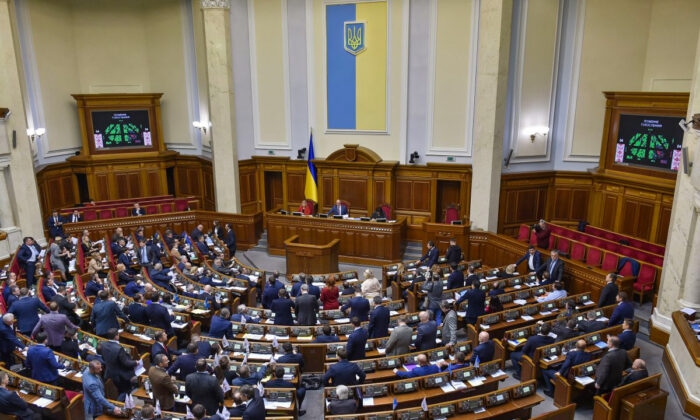 Russian music is set to be banned from being broadcast in Ukrainian media and on public transport after the country’s Parliament voted Sunday in favor of a new bill aimed at reducing Russia’s influence.

Members of Ukraine’s Parliament, also known as the Verkhovna Rada of Ukraine, also voted on Sunday in favor of a bill that would place severe restrictions on Russian books.

Parliament confirmed the bills had been passed in a Twitter post on Sunday, with the constitutional majority of the Rada voting “for” with 306 votes.

Under the first bill, music by post-1991 Russian citizens will be banned...

Read full story
Some content from this outlet may be limited or behind a paywall.
World, Ukraine War, Ukraine, Russia, Books, Music