No, CNN did not fake Ukrainian war footage

Fact Checking, Ukraine War
Save for Later
From The Center 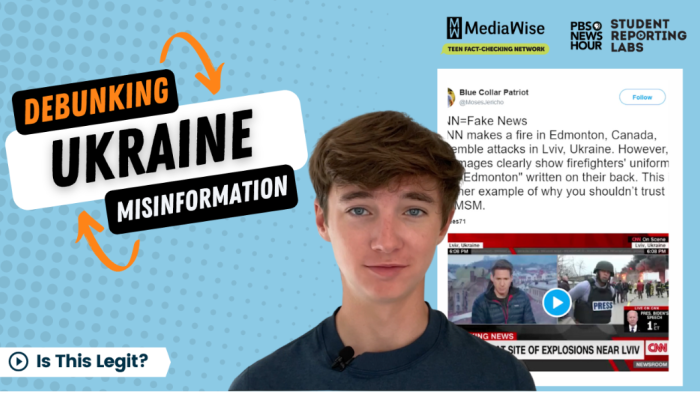 Claims that CNN was faking war footage in Ukraine are Not Legit. We debunked a since-deleted post that falsely claimed that used donated fire gear was proof that the footage was actually shot in Canada.
FACT CHECK

Following Russia’s invasion of Ukraine beginning Feb. 24, misinformation about the situation has spread rapidly. For example, this tweet claims that CNN was faking war footage in Ukraine.

The tweet claims that CNN started a fire in Edmonton, Canada, and made it look like they were reporting from Lviv, Ukraine. Their evidence? Firefighters seen in the background seem to be wearing uniforms with “Edmonton” on the back.

The tweet has since been deleted, but here’s another claiming the same thing.

Let’s dive into this claim and find out what’s really happening in CNN’s footage. Here’s how we...