Gun Control And Gun Rights, US Senate, John Cornyn
Save for Later
From The Center 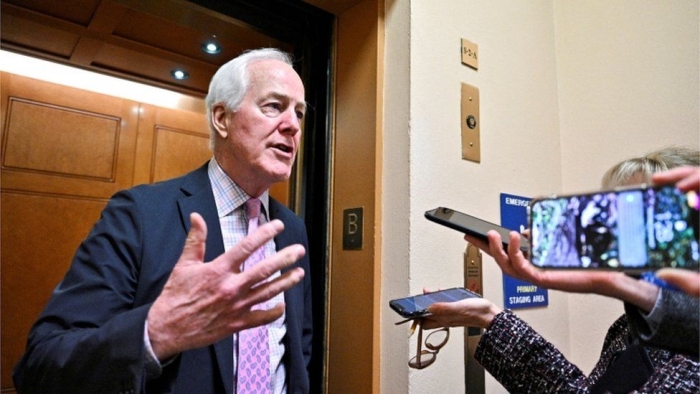 The lead Republican negotiator for what would be the US Senate's first gun control bill in a generation has walked out of talks with Democrats.

Texas Senator John Cornyn has played a key role in drafting the framework of a proposed firearms bill following mass shootings in Texas and New York.

The plans include tougher checks for buyers under the age of 21 and cracking down on illegal gun purchases.

The proposals have shown some rare cross-party cooperation on the issue of gun...

AllSides Media Bias Rating: Center
You agree.
Thank you! Community votes alone don't determine our ratings, but are valuable feedback and can prompt us to do more research.
106696/84306