Gun Control And Gun Rights, Public Opinion
Save for Later
From The Right 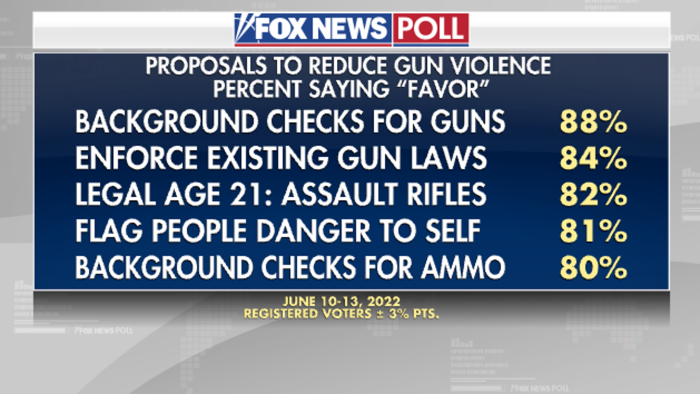 After a series of recent mass shootings, the latest Fox News national survey shows bipartisan support for a range of gun reform laws, especially background checks on all gun buyers.

In general, a 56% majority believes that having tougher gun laws would reduce mass shootings in the United States, while 39% do not.

On specific gun proposals, voters are most supportive of requiring background checks on all gun buyers (88%) and improving enforcement of existing gun laws (84%).

Another 8 in 10 favor raising the legal age to buy assault weapons to...