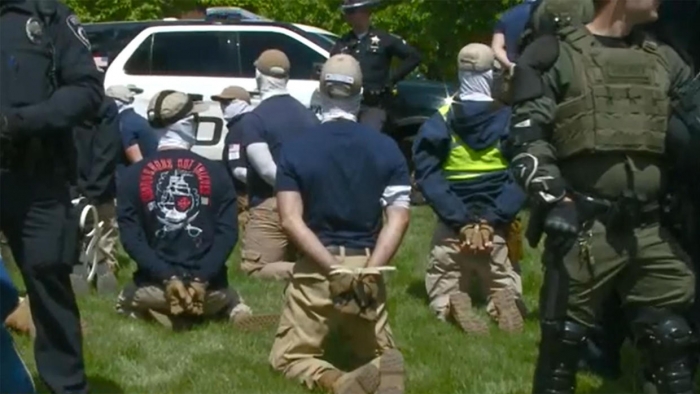 Police in Idaho say they prevented a possible domestic terror attack over the weekend, when 31 men were arrested Saturday allegedly on their way to wreak havoc at a Pride event in the city of Coeur d'Alene.

All had traveled from elsewhere, and police believe they're members of a white supremacist group with links to previous violent rallies. When they were found standing in the back of a U-Haul truck, authorities recovered gear including shields, shin guards and a smoke grenade.