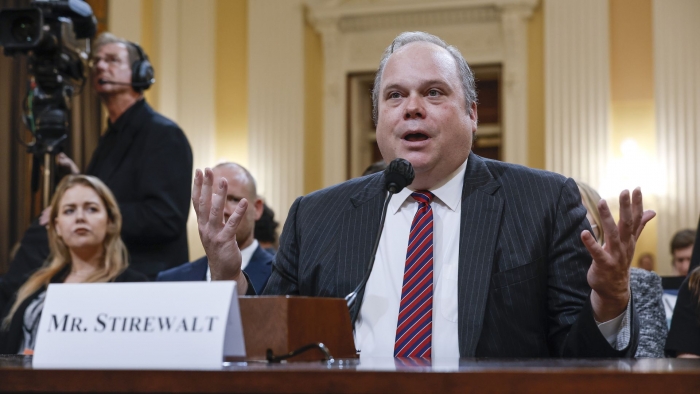 What it matters: Fox becoming the first political desk to make the call for the state angered former President Trump and his supporters and was a pivotal moment that all but confirmed the then-president would lose re-election.

What he's saying: "We knew it would be a consequential call...because it was one of five states we were watching. …. Trump’s chances were very small and getting smaller..." Stirewalt told the committee.

‘What’s Wrong With You’: Newsmax Host Rips Laura Ingraham For Comments About Trump
The Daily Caller

‘What’s Wrong With You’: Newsmax Host Rips Laura Ingraham For Comments About Trump
The Daily Caller