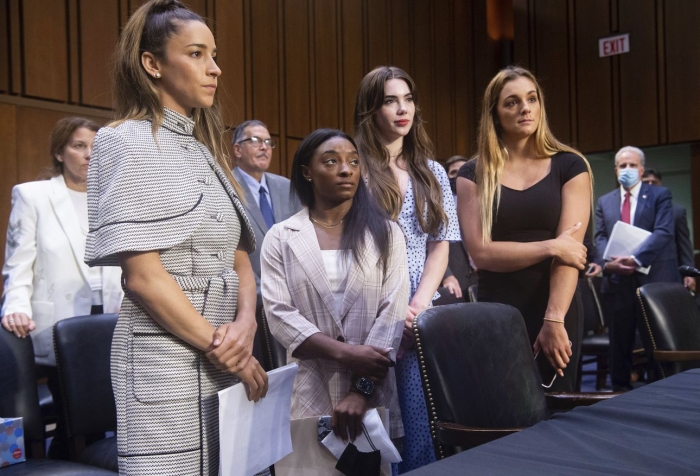 More than 90 women and girls, including the star gymnasts who raised concerns about Larry Nassar in 2015 that were disregarded by the Federal Bureau of Investigation, filed administrative tort claims against the agency on Wednesday collectively seeking $1 billion.

The claimants include Simone Biles, McKayla Maroney, Maggie Nichols and Aly Raisman, the elite gymnasts who were first identified in the summer of 2015 as having been sexually abused by the then-doctor to the national women’s gymnastics team under the guise of medical treatment.

Read full story
Some content from this outlet may be limited or behind a paywall.
Criminal Justice, FBI, Justice Department, Larry Nassar, USA Gymnastics, Simone Biles