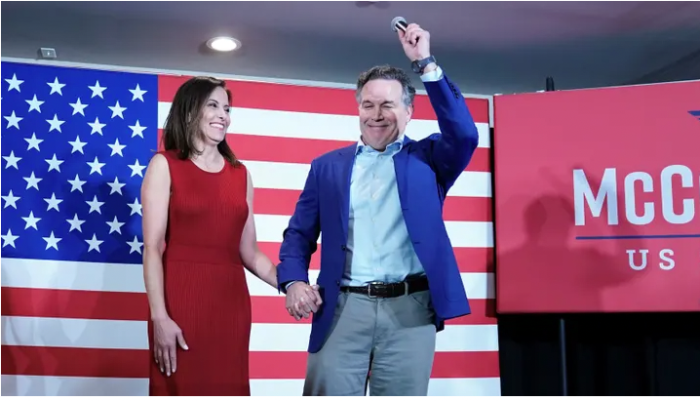 McCormick made the announcement while speaking to a group of supporters along with media as he described the recount as "largely complete."

Republican candidate for a Pennsylvania U.S. Senate seat, Dave McCormick, right, and his wife Dinah Powell, talk to supporters during his returns watch party in the Pennsylvania primary election, Tuesday, May 17, 2022, in Pittsburgh. (AP)

He called Oz to congratulate him on Friday, and encouraged his supporters to back him in the...