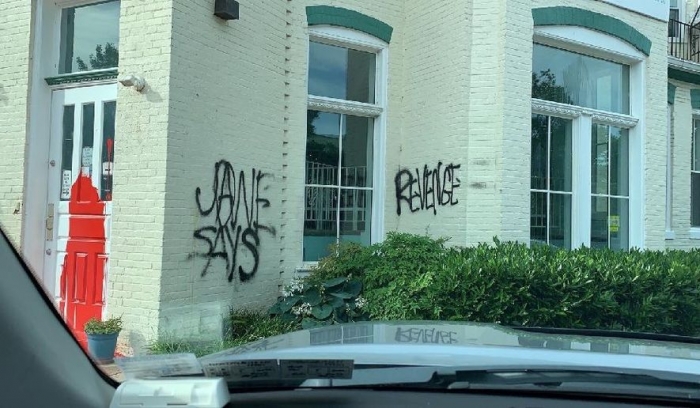 Police are investigating vandalism at a faith-based pregnancy center just blocks from the U.S. Capitol.

The investigation is ongoing as of Saturday morning.

The clinic’s director, Janet Durig, told The Washington Times that she suspected the incident was in response to the upcoming Supreme Court decision on whether to overturn Roe vs. Wade.

Read full story
Some content from this outlet may be limited or behind a paywall.
Capitol Hill, Hate Crimes, Healthcare, Pregnancy, Women's Issues