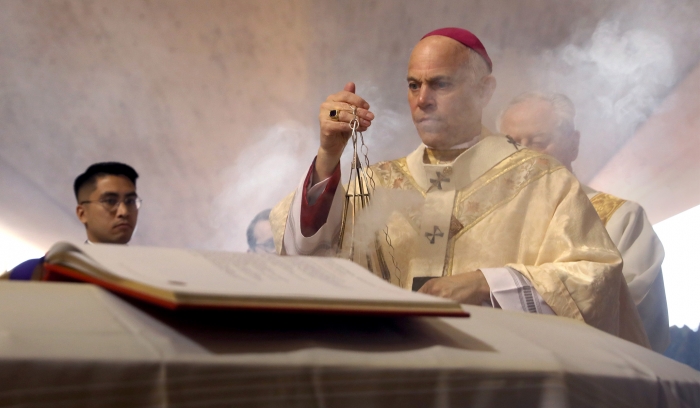 San Francisco archbishop Salvatore Cordileone told House speaker Nancy Pelosi last week that she is no longer eligible to receive Communion in the Archdiocese of San Francisco because of her pro-abortion views.

Cordileone explained his decision in a letter to priests, saying that he was not “weaponizing the Eucharist” but simply enforcing church teaching.

“I have been very clear all along, in both my words and my actions, that my motive is pastoral, not political,” he wrote.

And while CatholicVote, a leading Catholic organization in the U.S., said the decision is compatible...

Read full story
Some content from this outlet may be limited or behind a paywall.
Media Bias, Fact Checking, Religion And Faith, Catholic Church, Nancy Pelosi, Archbishop Salvatore Cordileone

Intro to RepresentUS and the Pro-Democracy Movement