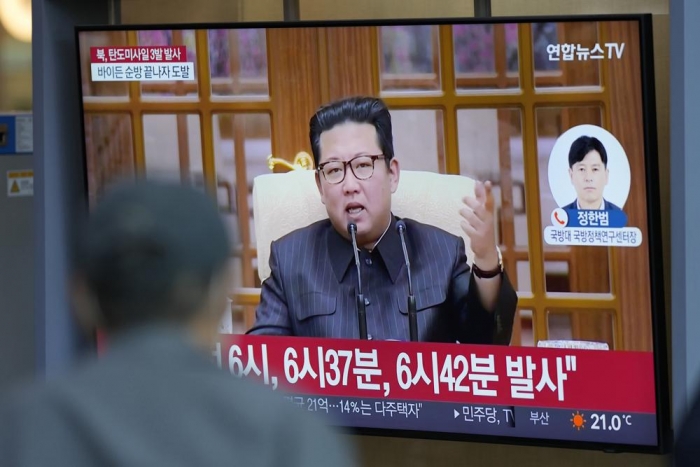 South Korea’s government says the launches are “a grave provocation” that threaten international peace. It says North Korea will only face international isolation if it continues its provocation.

North Korea’s long-range missile program is aimed at obtaining an ability to launch nuclear strikes on the mainland U.S.