Mike Pence says he is OPEN to running against Trump in 2024: Ex-President's spokesman says VP is 'desperate' and trying to 'chase' his 'lost relevance' 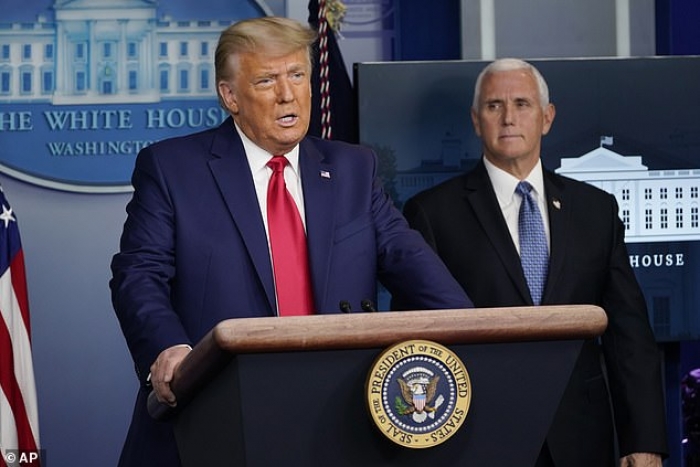 Mike Pence is not ruling out the possibility of going head-to-head with his old boss Donald Trump in a 2024 Republican presidential primary, a new report suggested on Monday.

'That’s the way Karen and I have always approached these things.'

The former vice president's flirtations with a potential White House bid were rounded up and put under the microscope in the Monday report - including speaking appearances in battleground states like Iowa where he touts the 'Trump-Pence Administration's' successes but...

Cipollone to testify before Jan. 6 panel on Friday: reports
The Hill