Technology, Agriculture, Automation, Robots, Business, Labor
Save for Later
From The Center 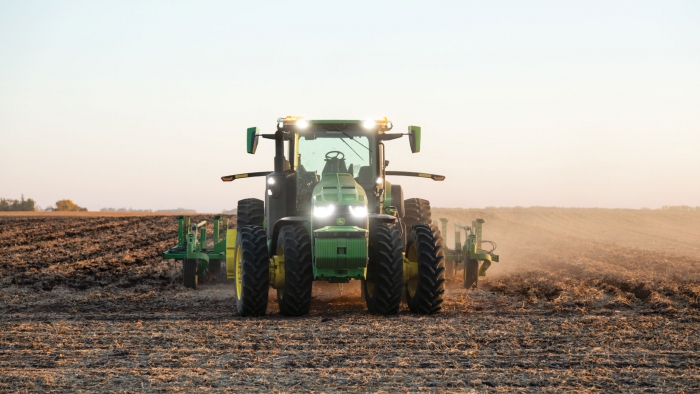 John Deere’s iconic green tractors helped fuel an explosion of American farming in the 20th century. Now, it hopes to usher in another agricultural boom with machines that look very similar but operate in totally different ways.

The company plans to start shipping its first fully autonomous tractor later this year. Deere also recently unveiled a crop sprayer aided by machine learning. Thirty-six cameras mounted on a track can sweep up to 2,000 square feet per second to detect which plants are crops and which are weeds, targeting only the weeds for extermination.

Read full story
Some content from this outlet may be limited or behind a paywall.
Technology, Agriculture, Automation, Robots, Business, Labor