Russia, War Crimes, Ukraine War, World
Save for Later
From The Center 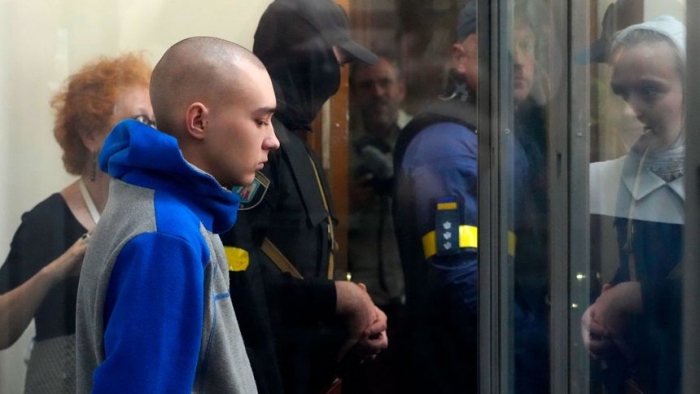 A 21-year-old Russian tank-unit officer pleaded guilty to shooting an unarmed civilian in Ukraine’s first war-crimes trial since Russia’s invasion of the country.

Vadim Shishimarin admitted to firing several shots from a Kalashnikov rifle at an unarmed 62-year-old man, who died on the spot a short distance from his home in the town of Chupakhivka in Ukraine’s Sumy region in the early days of the war.

Read full story
Some content from this outlet may be limited or behind a paywall.
Russia, War Crimes, Ukraine War, World