Russia, Sports, Brittney Griner, WNBA, Basketball
Save for Later
From The Right 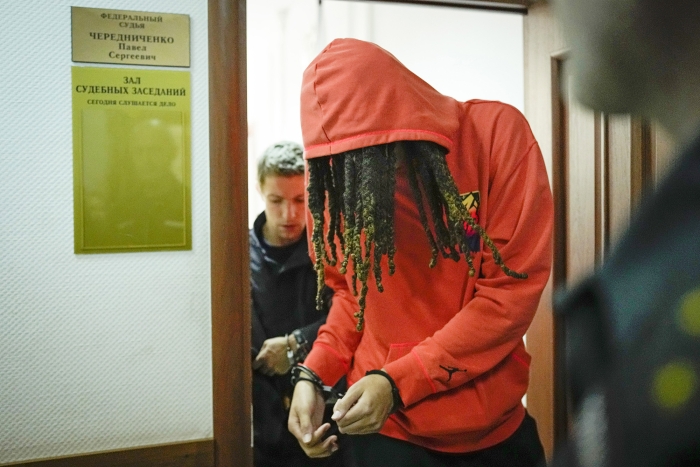 WNBA star Brittney Griner, who was arrested at a Moscow airport in February for allegedly carrying cannabis vape cartridges, made her first court appearance Friday and got her pretrial detention extended by a month.

Griner, 31, a 6-foot-9 center for the Phoenix Mercury, appeared in handcuffs, her head low and covered by an orange hoodie.