Healthcare, Drug Overdoses, Fentanyl
Save for Later
From The Right 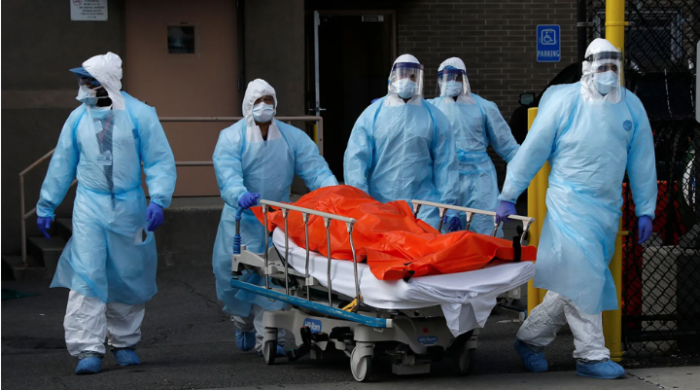 The U.S. recorded an estimated 107,622 drug overdose deaths last year, according to provisional data released by the Centers for Disease Control and Prevention Wednesday. The number is a large jump from the year prior, when the CDC estimated that 91,799 Americans died due to drug overdose.

Healthcare workers wheel the body of deceased person from the Wyckoff Heights Medical Center during the outbreak of the coronavirus disease. (REUTERS/Brendan Mcdermid)

Drug overdose deaths have risen sharply in the U.S. since the start...

What is Fentanyl and Why is it Behind the Deadly Surge in US Drug Overdoses? A Medical Toxicologist Explains
The Conversation