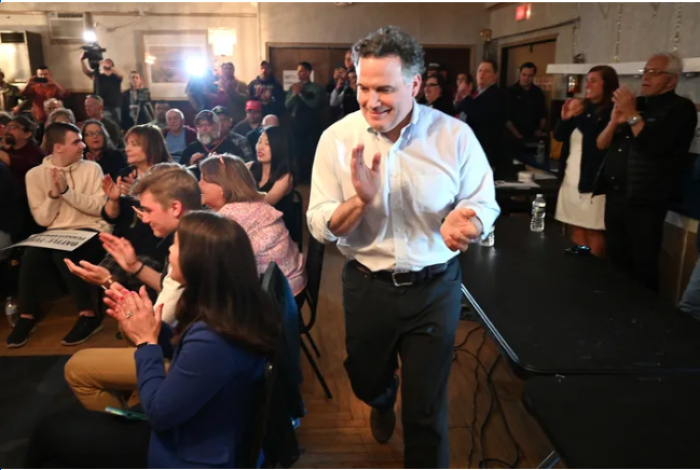 Standing before a wall-sized American flag at an American Legion hall here in Northeastern Pennsylvania, David McCormick talked up his background in the Army, called himself a “happy warrior,” and ticked through the reasons he wants to be Pennsylvania’s next senator:

Inflation, the border, the “humiliation” of the U.S. withdrawal from Afghanistan.

“What about election integrity?” a woman interrupted from the back. “And CRT!” a man yelled, referring to “critical race theory,” a GOP culture-war hobgoblin.

Read full story
Some content from this outlet may be limited or behind a paywall.
Elections, 2022 Elections, 2022 Pennsylvania Senate Election, David McCormick, Donald Trump