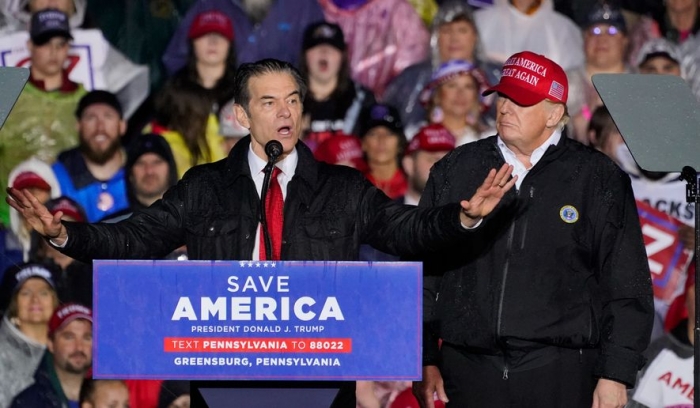 Former Secretary of State under the Trump administration Mike Pompeo on Friday called on Mr. Oz to disclose the “scope and depth of his relationship with the Turkish government,” piling on concerns raised by Mr. Oz’s opponent David McCormick in recent debates.

Mr. Pompeo, who has endorsed Mr. McCormick, said Americans should be sure Mr. Oz is “fit for duty.”

Mr. Oz currently maintains citizenship in Turkey, which he said he maintains to care for his mother who suffers from Alzheimer’s, but said he will renounce his Turkish citizenship if...

Read full story
Some content from this outlet may be limited or behind a paywall.
Elections, 2022 Elections, 2022 Pennsylvania Senate Election, Mehmet Oz, Turkey