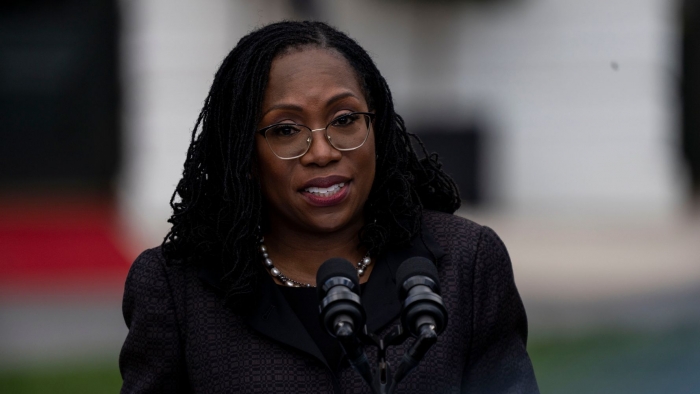 Newsmax host Grant Stinchfield suggested on Tuesday — without evidence or logic — that future Supreme Court Justice Ketanji Brown Jackson may be responsible for the leak of a draft ruling that would dismantle abortion rights.

There’s one very big problem with this theory: Jackson isn’t on the Supreme Court yet.

Nor was she on the court when it heard arguments in the case over Mississippi’s abortion restrictions. She isn’t involved in the ruling at all.

But in the flurry of speculation over who may have leaked the draft, which Politico published Monday, conservatives have singled out individuals...