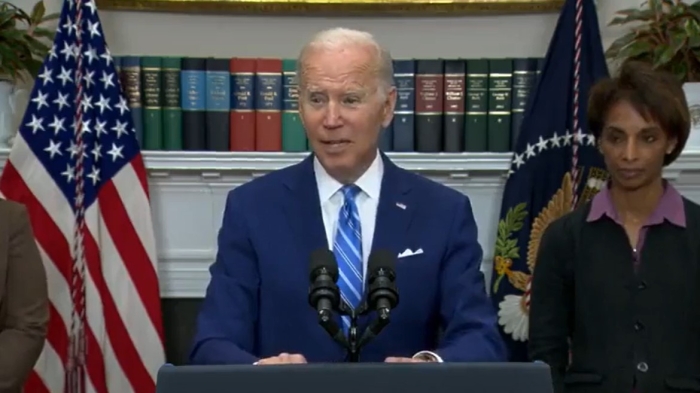 President Biden on Wednesday said the "MAGA crowd is really the most extreme political organization that's existed in American history," while speculating on how conservative state legislatures could respond to a potential Supreme Court ruling that would drastically curtail abortion access.

Why it matters: Biden, answering questions from reporters on a recent Politico leak of draft opinion indicating the Supreme Court has voted to overturn Roe v. Wade, suggested the draft goes against Supreme Court precedent that established a right to privacy.

On Abortion, Now is the Time to Talk
Divided We Fall (author)

News
Biden insists McConnell is a 'rational Republican' who may come around on gun control, even as the GOP blocks legislation
Insider