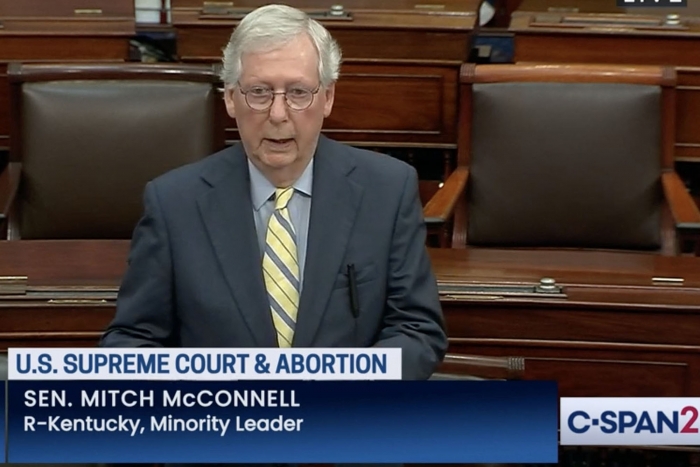 Senate Minority Leader Mitch McConnell on Tuesday slammed the unprecedented leak of the drafted Supreme Court decision striking down Roe v. Wade, blasting the “lawless act” as being aimed to force the justices to reverse course.

“Never before in modern history has an internal draft been leaked to the public while the justices were still deciding a case​,” McConnell (R-Ky.) raged on the Senate floor.​​ “​Whoever committed this lawless act knew exactly what it could bring about.”

On Abortion, Now is the Time to Talk
Divided We Fall (author)