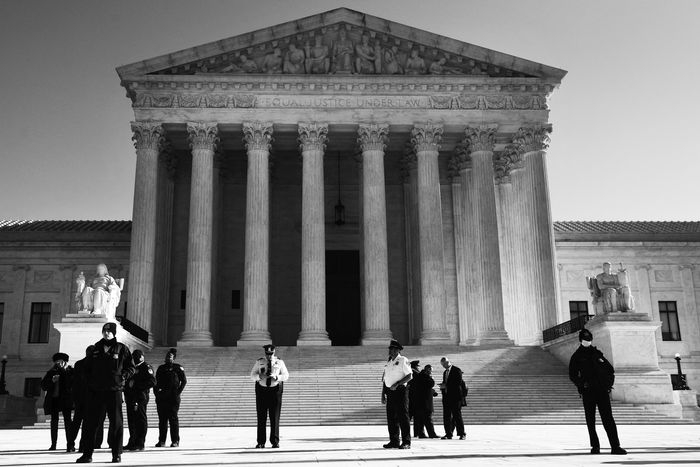 On Monday night, a report broke that the Supreme Court has privately voted to overturn Roe v. Wade, according to a leaked initial draft majority opinion in Dobbs v. Jackson Women’s Health Organization obtained by Politico. The outlet called the 98-page document, which was written by Justice Samuel Alito, “a full-throated, unflinching repudiation of the 1973 decision” which guarantees the right to abortion up until fetal viability. “Roe was egregiously wrong from the start,” Alito wrote in the draft, adding that Casey — a 1992 decision that upheld the constitutional right to abortion — “must be overruled” as well.

Read full story
Some content from this outlet may be limited or behind a paywall.
Abortion, Women's Issues, Activism, Supreme Court, Roe V Wade