Donald Trump, Ohio, Republican Party, Ronny Jackson
Save for Later
From The Left 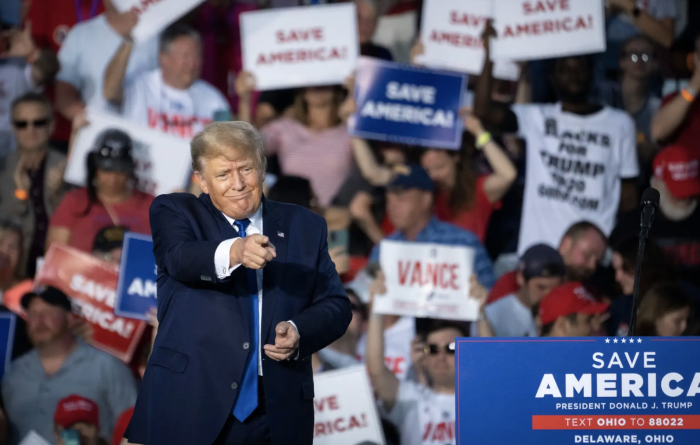 Former President Trump apparently doesn't like his intelligence being called into question.

During Saturday's rally in Ohio, Trump detailed once again that he aced a cognitive test in 2018. "I don't like being called stupid," Trump said.

He continued, referencing an apparent conversation with Republican Rep. Ronny Jackson: "Is there a test or something I can take to prove to these radical left maniacs that are much smarter than them?"

The test Trump referenced is called the Montreal Cognitive Assessment. It is not an IQ test but rather a tool to spot early signs of dementia and...

Read full story
Some content from this outlet may be limited or behind a paywall.
Donald Trump, Ohio, Republican Party, Ronny Jackson

As Trump’s star wanes, another rises: could Ron DeSantis be the new Maga bearer?
The Guardian