Race And Racism, Patrick Lyoya, Violence In America, Police Brutality, Criminal Justice
Save for Later
From The Center 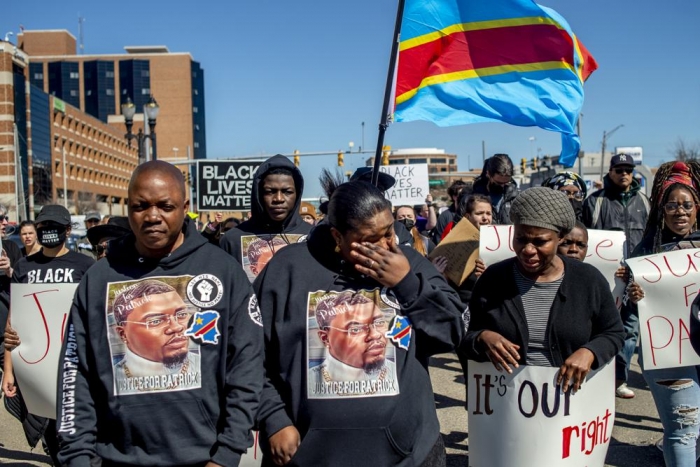 The Rev. Al Sharpton demanded Friday that authorities publicly identify the Michigan officer who killed Patrick Lyoya, a Black man and native of Congo who was fatally shot in the back of the head after a struggle.

“We want his name!” Sharpton said Friday, as he spoke at Lyoya’s funeral.

He said authorities cannot set a precedent of withholding the names of officers who kill people unless the officer is charged.

“Every time a young Black man or woman is arrested in this town, you put their name all over the news....