How Disney found itself in the middle of a culture war

Culture, Disney, Culture War, Florida
Save for Later
From The Left 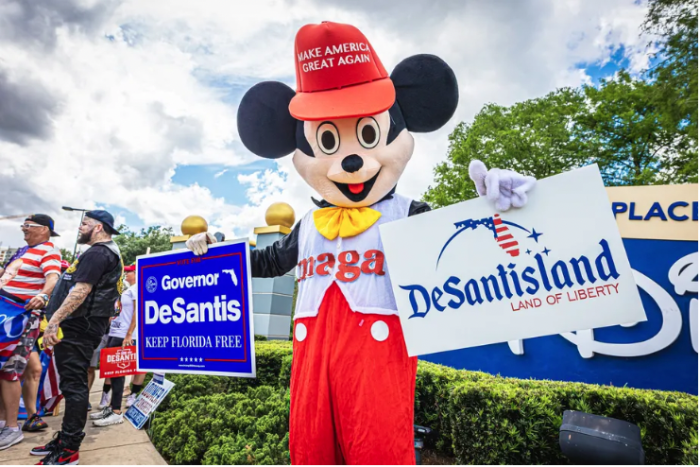 Conflict means taking sides. Conflict means making enemies. Conflict means personally defining what’s right and what’s wrong. None of those things are appealing to a company that’s ridden high-gloss inoffensiveness to become the richest and most powerful entertainment company in the world.

Yet, despite its immense financial power and commitment to deflecting confrontation, Disney has found itself stuck in a rather complicated one.