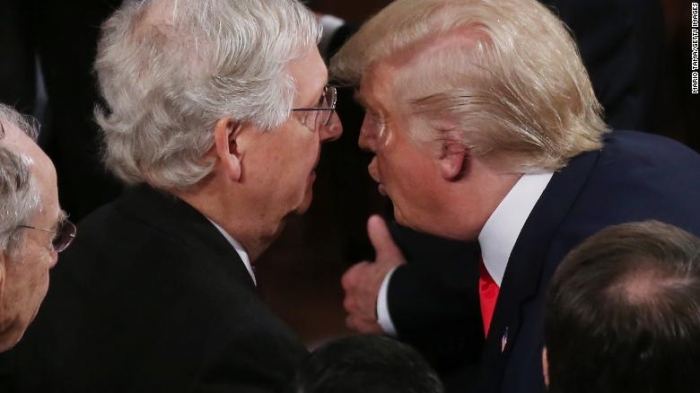 Mitch McConnell isn't backing down in his standoff with Donald Trump.

On Monday, the Senate Leadership Fund, the super PAC aligned with McConnell, announced that it had booked more than $7 miIlion worth of ad time in Alaska as GOP Sen. Lisa Murkowski tries to fend off a challenge from Kelly Tshibaka, who has been endorsed by the former President. (The group also reserved ad time in six Senate battleground states.)

The move to defend Murkowski isn't terribly surprising -- McConnell has made clear all along that he supports Republican incumbents, including Murkowski.

News and Information about Politics
Go ad-free! Support AllSides.
About these ads
https://www.cnn.com/2022/04/18/politics/mcconnell-murkowski-super-pac-money/index.html