Fact Checking, LGBTQ Issues, Culture War, Tennessee
Save for Later
From The Center 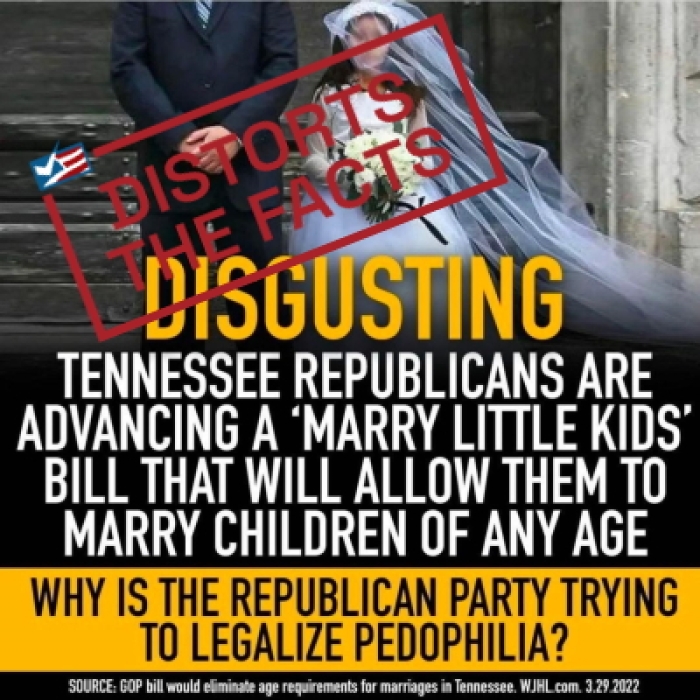 A Tennessee bill is aimed at excluding same-sex couples from proposed common law marriage contracts. Social media posts misleadingly claim the bill would allow child marriage and “legalize pedophilia.” The bill initially omitted a minimum age, but was amended on April 6 to say individuals must be at least 18 years old.

Republican Rep. Tom Leatherwood introduced House Bill 233 to a Tennessee House subcommittee in early March. The bill would allow a man and a woman to file marriage “contracts” based on common law principles that are not yet legally recognized...