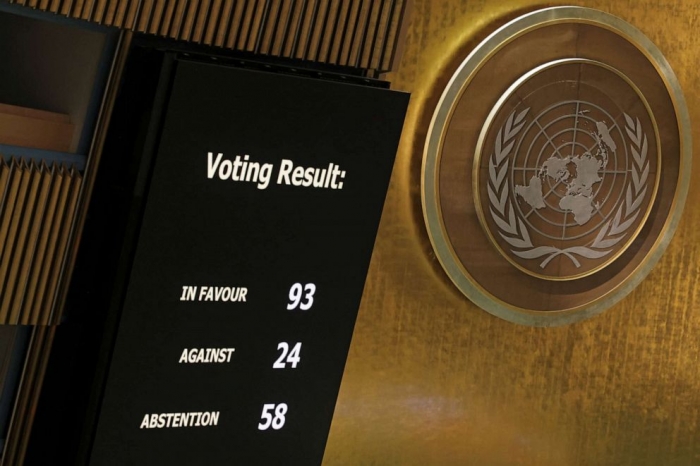 The United Nations General Assembly on Thursday voted to pass a resolution to suspend Russia from the U.N. Human Rights Council Thursday, in response to Russian forces' alleged killings of civilians in Ukraine.

The vote passed with 93 countries voting in favor, 24 voting against and 58 abstaining from voting. Belarus, China, Iran, Russia and Syria were among the countries who voted against the resolution.